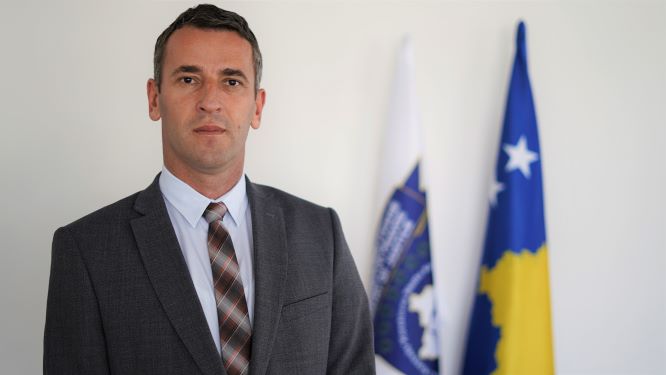 Mr. Thaçi completed secondary education at the “Ulpiana” school in Lipjan, the program of Mathematics and Natural Sciences. He graduated with a Bachelor’s degree in Criminalistics, the Faculty of Law from AAB University.

He began his career at the Kosovo Police in 2000. From the beginning of his career, Mr. Thaçi received praise and appreciation for the work done and the success achieved when performing his duties.

In addition, Mr. Thaci received several medals and acknowledgments from local and international officials and institutions, such as the Director General of the Kosovo Police, the US Embassy in Kosovo, KFOR; he was awarded a medal for loyal service to the Kosovo Police from EULEX, and got a letter of thanks and appreciation from the Municipalities of Suhareka and Mitrovica.

Mr. Thaçi, during his career, attended a number of courses and trainings, such as:


He also participated in many study visits, such as:

In addition, during his Police career, Mr. Thaçi held various management positions in the Police Hierarchy, such as:

During this time in the Kosovo Police, Mr. Thaçi was promoted on the basis of merits and competitions in various ranks. He was last promoted in 2006 and received the rank of Lieutenant Colonel, as a result of his previous successes such as:

Mr. Thaçi is married, has 3 children, and lives in Ferizaj.